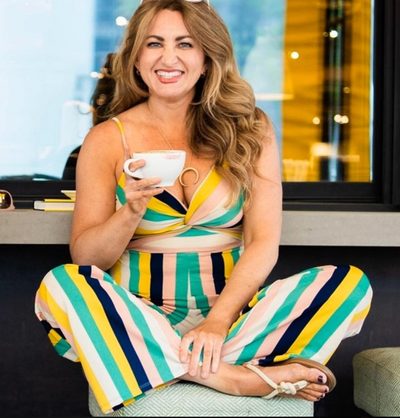 Tiffany Harelik (rhymes with garlic) is an author and entrepreneur in Austin, Texas. She has enjoyed publishing adventure-oriented cookbooks and advice columns since 2000. She owns Wise Skies Astrology and Spellbound Publishers. Tiffany holds a Masters degree in Health Psychology and is a certified yoga instructor through Yoga Alliance. 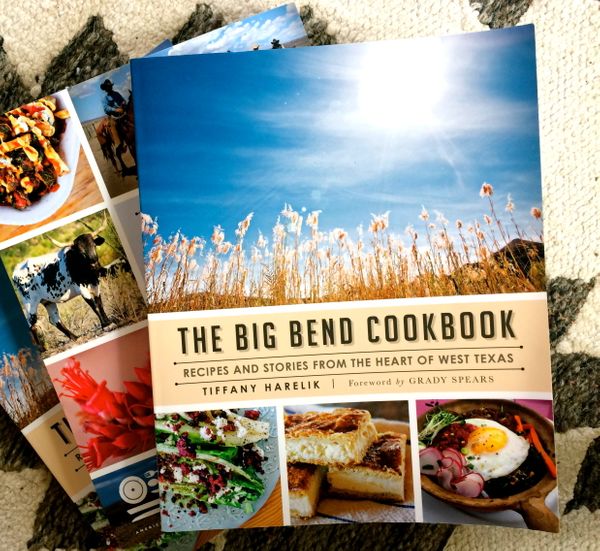 Tiffany carved her entrepreneurial pathway in the literary world through writing hundreds of crave-worthy recipes handed down from people she met on her travels. She has lectured on food culture in Europe, the Caribbean and the United States. She has signed her cookbooks at world-famous Powell's in Portland, Book People in Austin, The Book Loft in Columbus, and various Barnes and Nobles across the U.S. Her portfolio includes seven books in The Trailer Food Diaries series, as well as The Big Bend Cookbook, The Terlingua Chili Cookbook and The Big Country Cookbook. She co-wrote The Live Pain-Free Cookbook and The Columbus Food Truck Cookbook. After all that learning and eating, she went through a yoga teacher training and rededicated herself to a vegetarian (vegan when possible) diet. She has been compiling recipes from her garden and aims to share them in a collection in the coming years. She continues her publishing work through Spellbound Publishers.

Tiffany's search for meaning began with a near-death experience and continued to her graduate studies when she obtained a Master's Degree in Health Psychology. Through studying under a master astrologer in 2000, she learned how to read birth charts and interpret planetary patterns. She writes the monthly forecast, co-hosts the podcast, and develops cutting edge products at Wise Skies to help you map a meaningful life. Tiffany offers astrology and tarot-based sessions to help clients move through blocks and engage with their cosmic potential. She offers natal astrology sessions, life purpose sessions, career guidance sessions, and birthday sessions to name a few.

Schedule a session with Tiffany 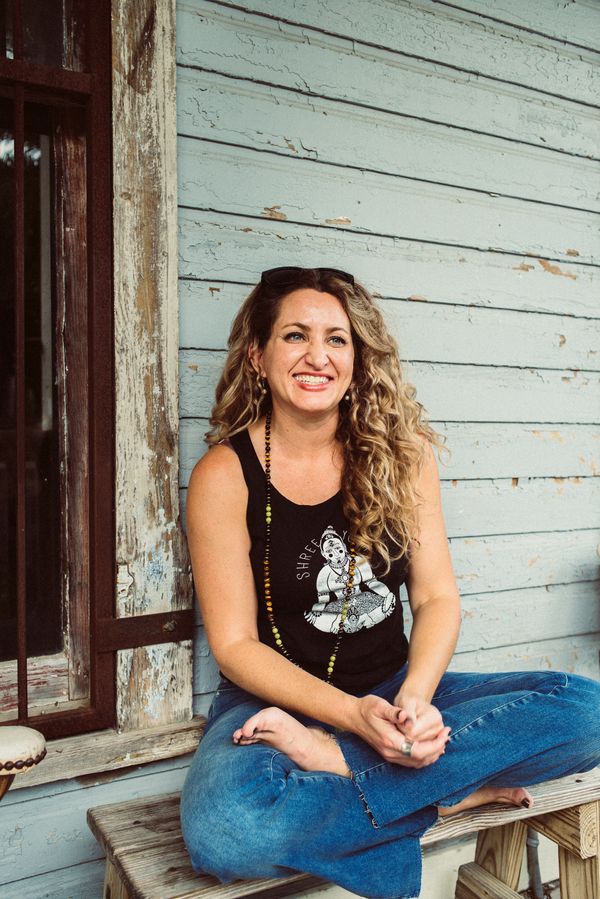 Tiffany has assisted Martey Raney of Homestead Rescue, worked on organic farms in the British Virgin Islands to prepare produce for Richard Branson, and learned the basics of vegetable growing from working with Janna Hardwick in Rising Star, Texas. Her love of the garden to table lifestyle and dedication to a vegetarian diet spill over into her books and projects. She loves making homemade holiday presents every year, and finding joy with natural arts, crafts, and food preservation. Ask her about her Indian Summer Cinnamon Plum jelly!

Tiff in the Press

Tiffany's work has been featured on: The Saturday Evening Post, Bustle, Thrillist, Examiner, The Austin Chronicle, The Austin American Statesman, and several other outlets.

Tiffany Harelik is a writer, publisher and speaker in the culinary-travel genre. Her publishing portfolio spans creative work including more than a dozen cookbooks filled with regional restaurants, families, and food trucks who share their heirloom recipes. She founded Spellbound Publishers, an independent publishing company focused on the food/travel genres in 2016 and also owns Wise Skies, an astrology-based company that offers monthly forecasts.

Tiffany has been featured in Eater, Thrillist, Examiner, The Austin Chronicle, The Austin American Statesman, The Houston Chronicle, The Abilene Reporter News, Austin Woman Magazine and more. She has been a featured speaker at the Texas Women's Conference, Country Living Magazine Expo, Mom Com, the Metropolitan Breakfast Club, West Texas Fair and Rodeo, and various civic clubs throughout Texas and Oregon. She has spoken on radio programs across the country including Chicago, Portland and Austin and been seen on Diners, Drive Ins & Dives as well as Eat Street.

She has conducted book signings at Powell's, Book People, The Book Loft, Barnes & Nobles, Whole Foods, Central Market and beyond. She has been a celebrity guest judge at several food and wine festivals throughout the country including South by Southwest, The Texas Food Truck Showdown, the Llano Cobbler Contest and Bluegrass Festival and more. Her writing has been featured in the Saturday Evening Post, ATX Man magazine, Culture Map, SORTEDfoods, etc. She is currently the main food writer for Ranch & Reserve magazine.

Alongside her writing, Tiffany pursued a career in event production 2000-2010 working with iconic brands such as ACL music festival, Lollapalooza music festival, Google Fiber, Torchy’s Tacos, Western Heritage Classic Rodeo, West Texas Fair & Rodeo and more. She remains an active partner in Trailer Food Tuesdays, a popular food truck and live music event in Austin that was developed as a smaller offshoot from her Gypsy Picnic food truck and music festival. She is a founding member of the Viva Big Bend music festival. She holds a Masters degree in Health Psychology. 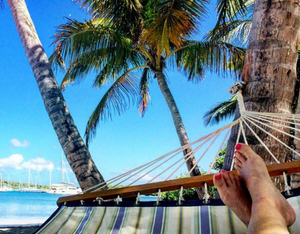 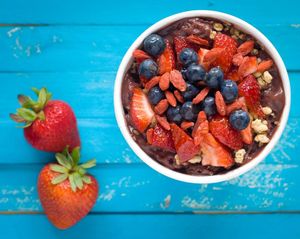 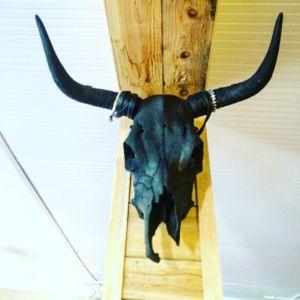 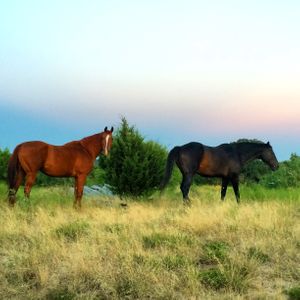 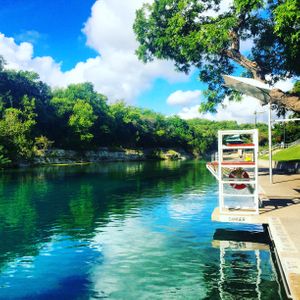 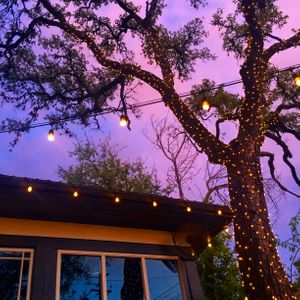 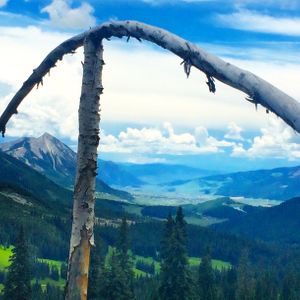 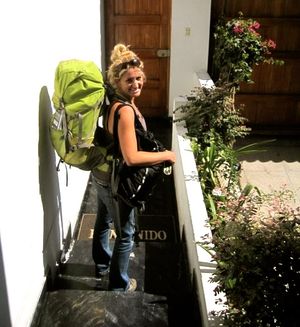 All material on this site is published by Tiffany Harelik, Trailer Food Diaries LLC Austin, Texas and Spellbound Publishers, www.tiffanyharelik.com. Copyright ©2015-2020 Tiffany Harelik. All rights reserved. No part of this site may be reproduced, stored in a retrieval system, or transmitted by any means, electronic, mechanical, photocopying, recording, or otherwise, without written permission from the copyright holder. Special thanks to Melanie Wright Photography and White Light Exposure for media shots sitewide.